Manchester is not only a great place to call home, but it’s also a fantastic place to set up your business – as figures reveal the North West is leading the UK for tech start-ups.

With fantastic resources at your fingertips and a bustling metropolitan scene, there’s something for every budding tech entrepreneur. In this post, we’ll discuss why the North has emerged as digital powerhouse and why you should consider venturing to the North West to set up your business…

The North West has become a big player when it comes to tech, with the number of new tech companies nearly doubling over the past year. According to the latest findings by RSM, the North West has seen 48% growth in software development and programming businesses set up in 2018 compared to 2017.

That’s a significantly bigger increase than any other region in the UK, leaving Manchester third behind only London and the South East in terms of total tech company incorporations. More specifically, Manchester and the North West were ranked the highest for start-ups focusing on IoT tech.

These findings will come as no surprise to those already living and working in the region, with Manchester and the surrounding areas undergoing a significant rejuvenation.

So, why the digital buzz in the North West?

Aside from the obvious draw of the two world-class football teams, the bustling city and the fantastic social scene, there’s plenty of business opportunities for start-up growth in the North…

Tech businesses thrive in the North West due to the extraordinary amount of invaluable resources, events, workshops and advice.

From the Greater Manchester Chamber of Commerce and Business Growth Hub to Tech Manchester, there’s plenty of local organisations which are eager to help get your feet off the ground.

Whether it’s mentoring, networking or one-to-one advice, the friendly atmosphere makes the North the perfect place to set up your business.

With an impressive reputation for developing some of the best and brightest tech talent, businesses are taking advantage of this new emerging workforce.

Manchester is also a lot more affordable than its biggest competitors in London and the South East.

With cheaper living costs, beautiful surrounding countryside and great public transport links, it’s no wonder more and more entrepreneurs choosing Manchester to rest their head and start their business. If you like the sound of setting up in Manchester then Biz Hub have serviced office space in Manchester

Set Up Shop with the Help of Biz Hub

Every start-up needs a place to hang their hat. That’s where Biz Hub can help. We have additional serviced offices in North England and the Midlands including serviced offices in Leeds, providing the perfect location and all the facilities you need to grow your business. Get in touch today to find out more. 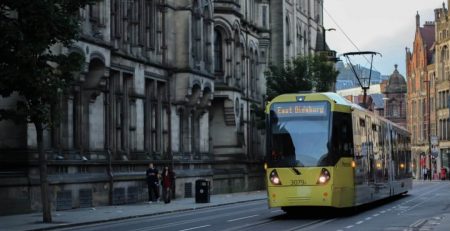 How to Protect Your Mental Health and Wellbeing During Quarantine

How to Stay Productive When Working from Home

Why is Hull Such a Great City for Business?

Signs You Should Upgrade To A Serviced Office

How Much Office Space Do You Need?